Home Latest News ‘Could be great, could be terrible’ Dark Mofo returns despite massive hole... The Museum of New and Old Art (MONA) has announced the 2021 Dark Mofo festival will go ahead in June, despite a gap in funding from both sponsors and the Hobart City Council.

Last year’s Dark Mofo was cancelled, with the Hobart City Council saying it would cease funding for the event until at least 2022.

“Last year we lost our sense of purpose overnight, and it appears that experience is having a resounding impact on this year’s festival program,” creative director Leigh Carmichael said.

“Our patrons will be pleased to know they can expect a typically grim and gloomy affair in June.”

This year’s event will kick off on June 16 and run for just seven days, with the full program to be announced in early April.

The festival will also run without any sponsorship after the organisers decided the sponsors “were having a detrimental effect on the festival”.

“We don’t really want to see this festival used as a vehicle to sell commercial products … it’s never what it was started for,” Carmichael said.

“There were also impositions on us to push out products through our social media channels … it just didn’t feel right to us we felt it was becoming difficult to distinguish between the art and sponsors at times.

“It certainly helped us have a bigger festival, but we’re not sure bigger’s always better.

“We want to be able to pursue our own cultural agenda free from restraint and with a renewed commitment to the art.”

This year would also mark the end of a five-year funding agreement with the Tasmanian Government.

Never one to mince his words, MONA owner David Walsh has said this year’s festival “could be great, could be terrible”.

“Dark’s back, which, in the immortal words of Mark Spitz, who was also making a comeback, ‘could be good, could be great, could be terrible,” he said.

“Mark didn’t mention that there is another possibility: it could be cancelled.

“But it wouldn’t be worth doing if there was no risk.

“There’s lots of risk, so it must really be worth doing.” 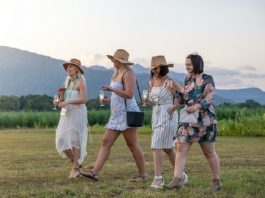 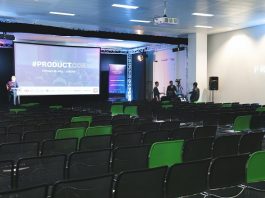