The six-month upgrade of the Cairns Convention Centre will leave a 56,000 business visitor night hole that the tourism industry is keen to fill.

Tourism Tropical North Queensland has appointed marketing agency Nick Did This to create a campaign to target high-value leisure travellers from key domestic markets to cover the massive shortfall left during the centre’s closure from May to November next year for repair work on its roof.

Tourism and Events Queensland and Cairns Regional Council were each given $500,000 for a two-year $3 million campaign to drive visitation to the region while work is under way to create a new brand for Tropical North Queensland.

“The extensive work already undertaken in this space will be included in the brief as will the eagerly awaited results of the Landor brand research commissioned by Tourism and Events Queensland,” TTNQ chief Pip Close told Cairns Post.

Brisbane-based Nick Did This have been tasked with developing a two-year plan encompassing marketing campaigns and public relations, with the campaign strategy rolling out in 2020.

“This will involve developing content and emotive imagery to promote stories across the region from Cardwell north to the Torres Strait and west to the Gulf Savannah,” Close said

“It will build on recent Feel Grounded campaign work by Klick to take our destination forward in the rapidly evolving world of destination marketing.

“Nick Did This has a strong understanding of the space we are operating in having worked with Tourism and Events Queensland and Qantas.” 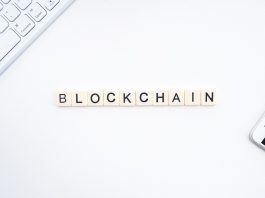